A Night of Records in New York

Five world auction records for an artist set at Christie’s in The Artist’s Muse sale, as modernist masterpiece sells for second highest price ever paid at auction.

Amedeo Modigliani’s Nu couché (Reclining Nude), painted in 1917-1918, led the way on a night of records at Christie’s New York, realising $170,405,000 (with buyer’s premium) in The Artist’s Muse, a curated Evening Sale. In doing so, the modernist masterpiece eclipsed the previous auction record for the artist by almost $100 million and became the second highest price ever paid at auction for a work of art.

The painting is one of a series of great female nudes made for Léopold Zborowski that famously caused a scandal nearly a century ago when they were exhibited at Modigliani’s first and only one-man show at the Galerie Berthe Weill in Paris. Outraged by the content of this show — which caused a crowd to form outside the gallery window where one of Modigliani’s nudes was openly on display — the police demanded the immediate closure of the exhibition.

On the portrait’s first appearance at auction, seven bidders pushed the price well beyond its estimate before the hammer came down just short of the $179,364,992 paid for Pablo Picasso’s Les Femmes d’Alger (Version “O”) at Christie’s New York in May 2015. 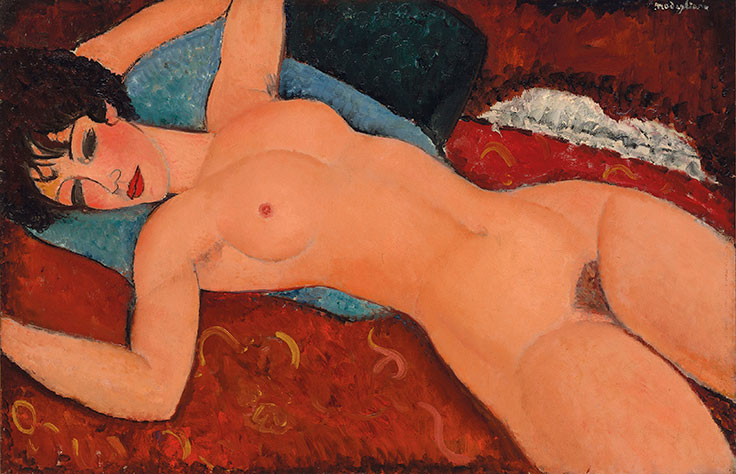 ‘In recent years we have created very meaningful relationships with collectors in China and we are delighted to confirm that the Long Museum has purchased our top lot of the evening, Modigliani’s Nu couché,’ explained Jussi Pylkkänen, Christie’s Global President, after conducting the auction. ‘It is a superb and well-deserved recognition for the artist to have realised a price $100 million higher than any other work previously offered at auction.